Your Raspberry Pi with a simple DVB-T TV tuner can easily become one of the new Flightradar24 feeders. What do you need?

Connect the tuner to the USB port on the device. Raspi Model 3 has enough power to feed my tuner without any USB host.

If you have Raspbian Stretch, run the following commands:

Then run the command that adds FR24 repository to repository list and downloads the feeding service:

During the installation, the prompt will ask you to provide an e-mail address (best option is to provide one that you already have or will create a Flightradar24 account with), exact coordinates (up to four decimal points) and altitude in feet of the receiver. You can use tools such as Google Maps Find Altitude to find the altitude of your spot. Just remember that you need to add feet for your elevation above ground. You can also choose whether to expose raw data on a specific port which could be helpful for either debugging purposes or adding other tools to display planes on your own hosted maps.

The service should now run and you should be able to see the information panel when you connect to the Raspberry Pi host on port 8754. 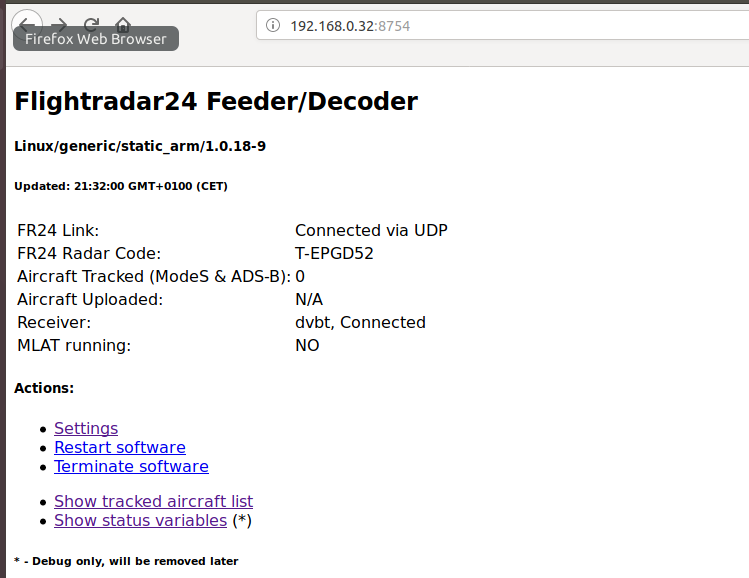 When you log onto Flightradar24, you should also already have a Business account which is given for free for the feeders. Business plan is the highest subscription plan, with flights history of 2 years and basically everything that’s available on the platform. It’s yours as long as feeding works. 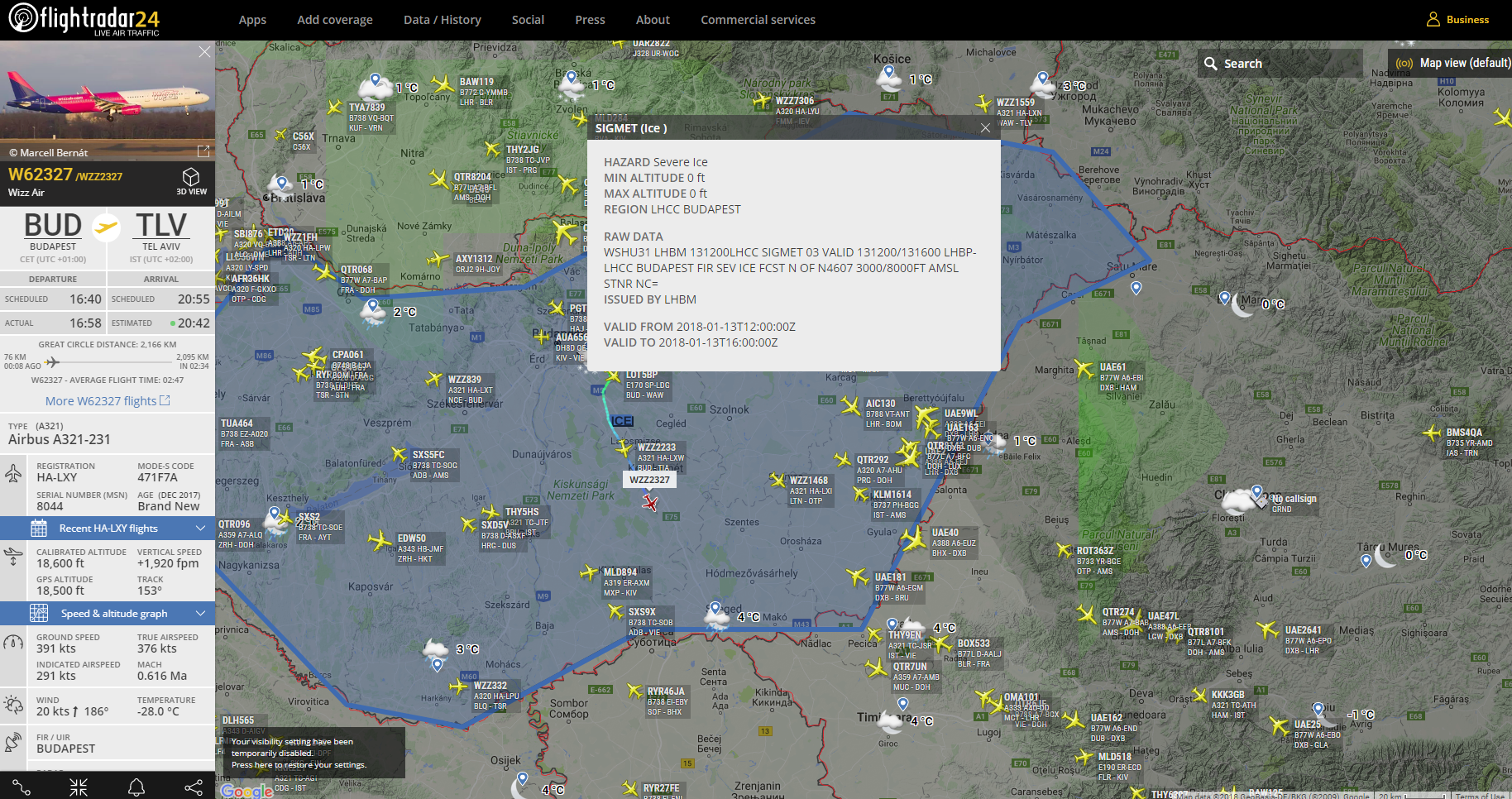 You can also see some stats for your receiver. 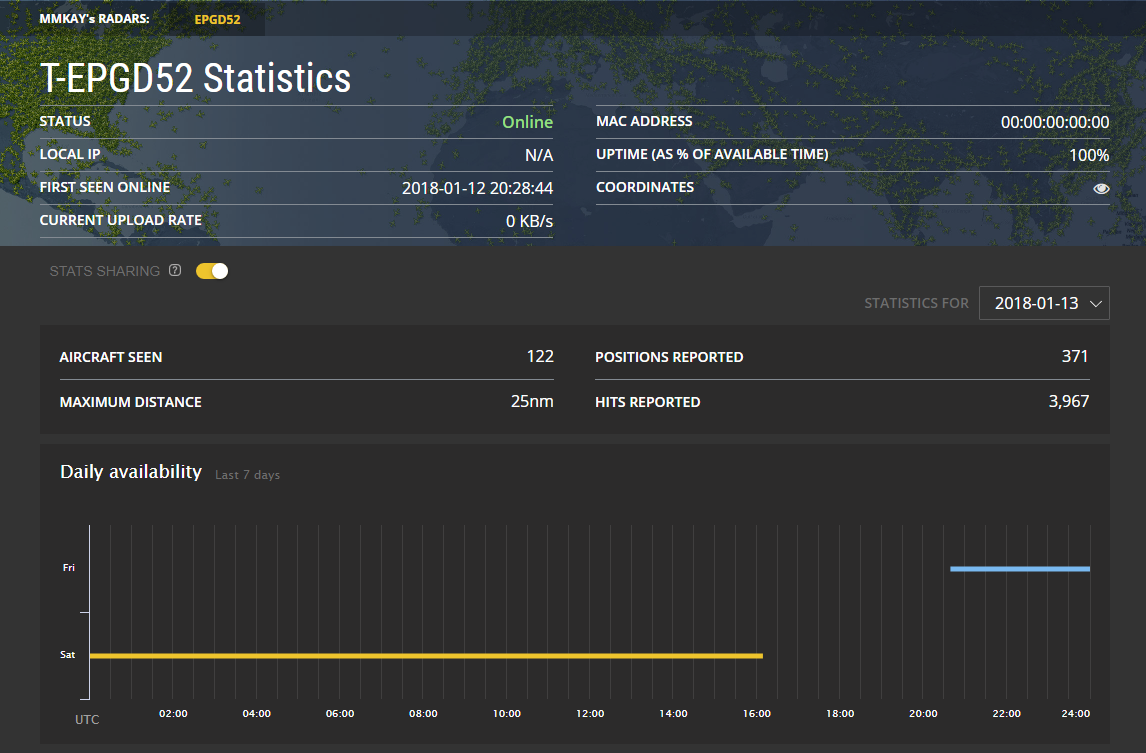 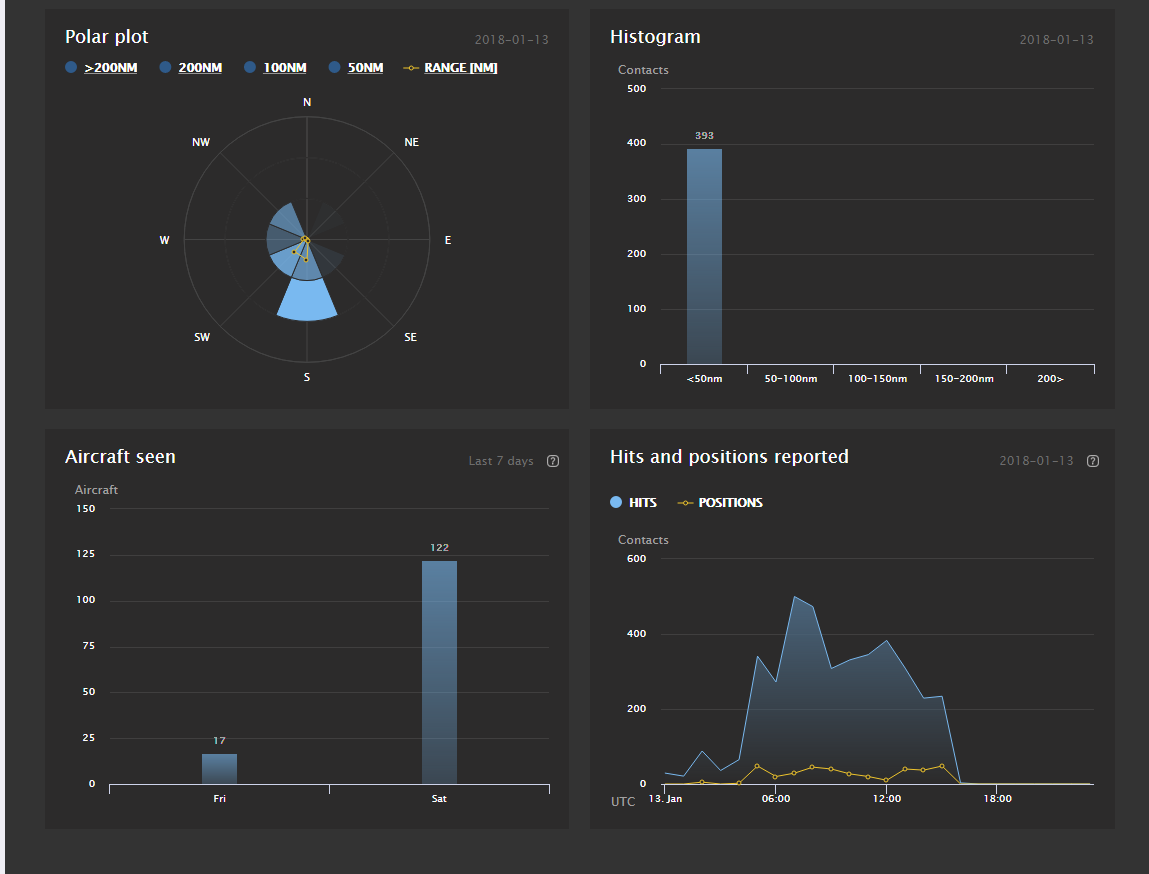 My basic setup seems to be working fine, though the range is quite small comparing to my previous attempts from a few years ago with the same tuner in a different location. I’ll try to improve the antenna setup as right now I’m using a bundled one. 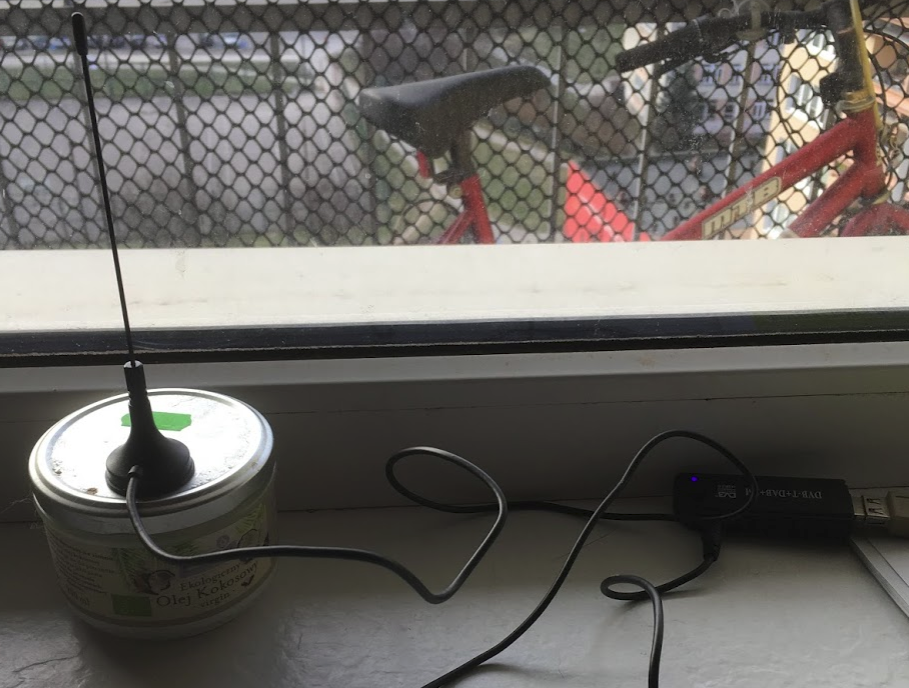 For more information and troubleshooting there’s a dedicated forum on Flightradar24. 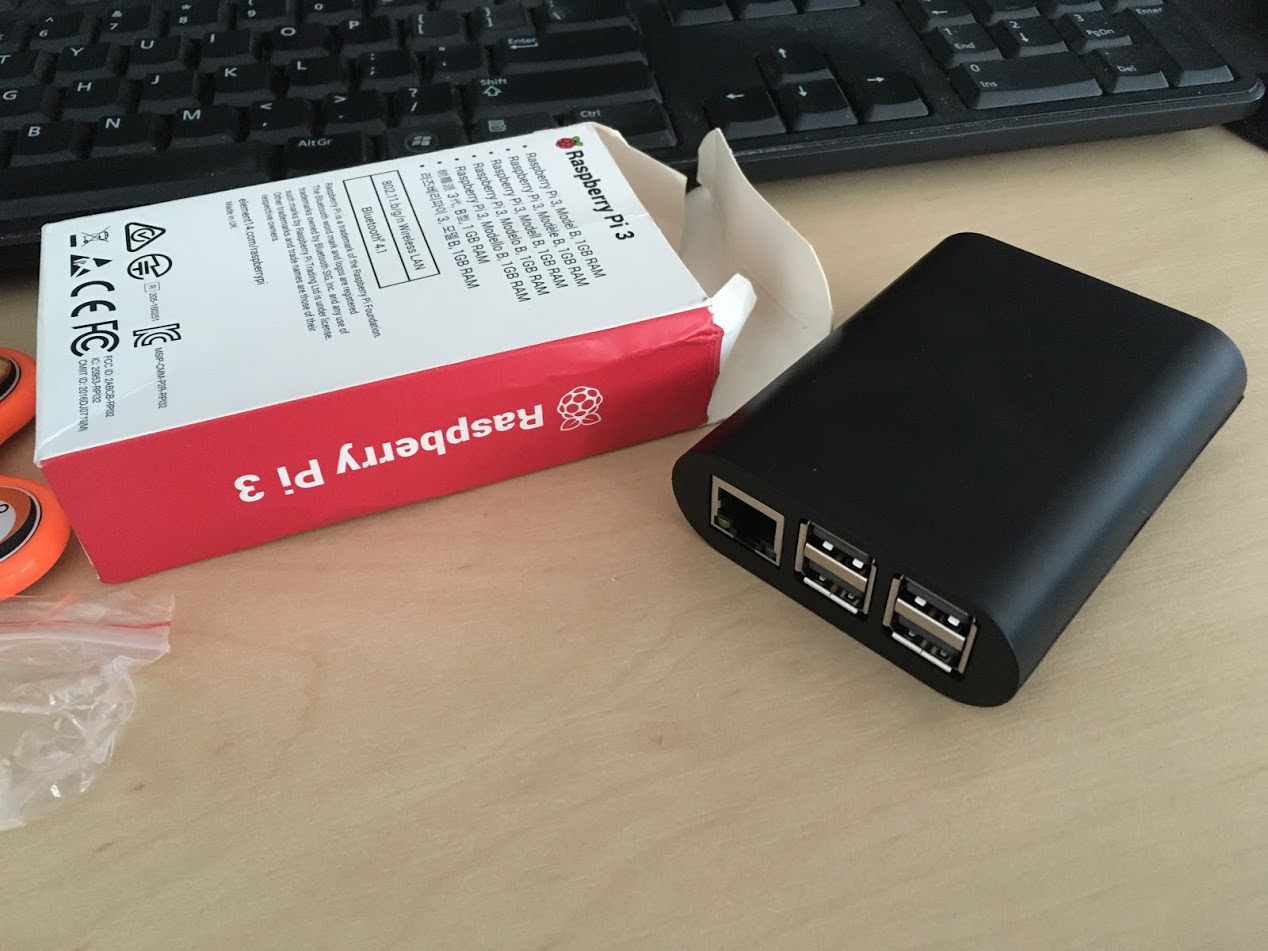 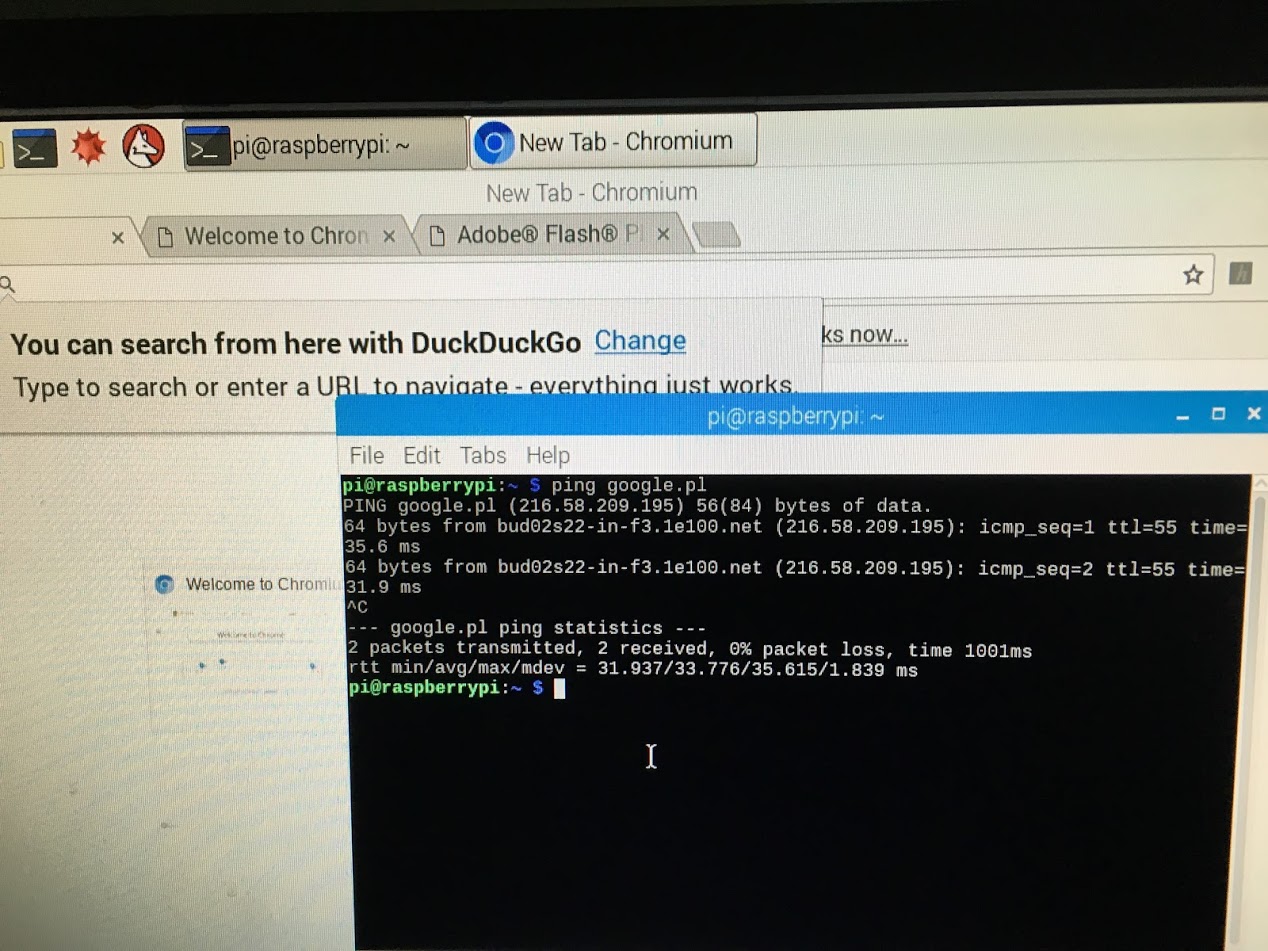 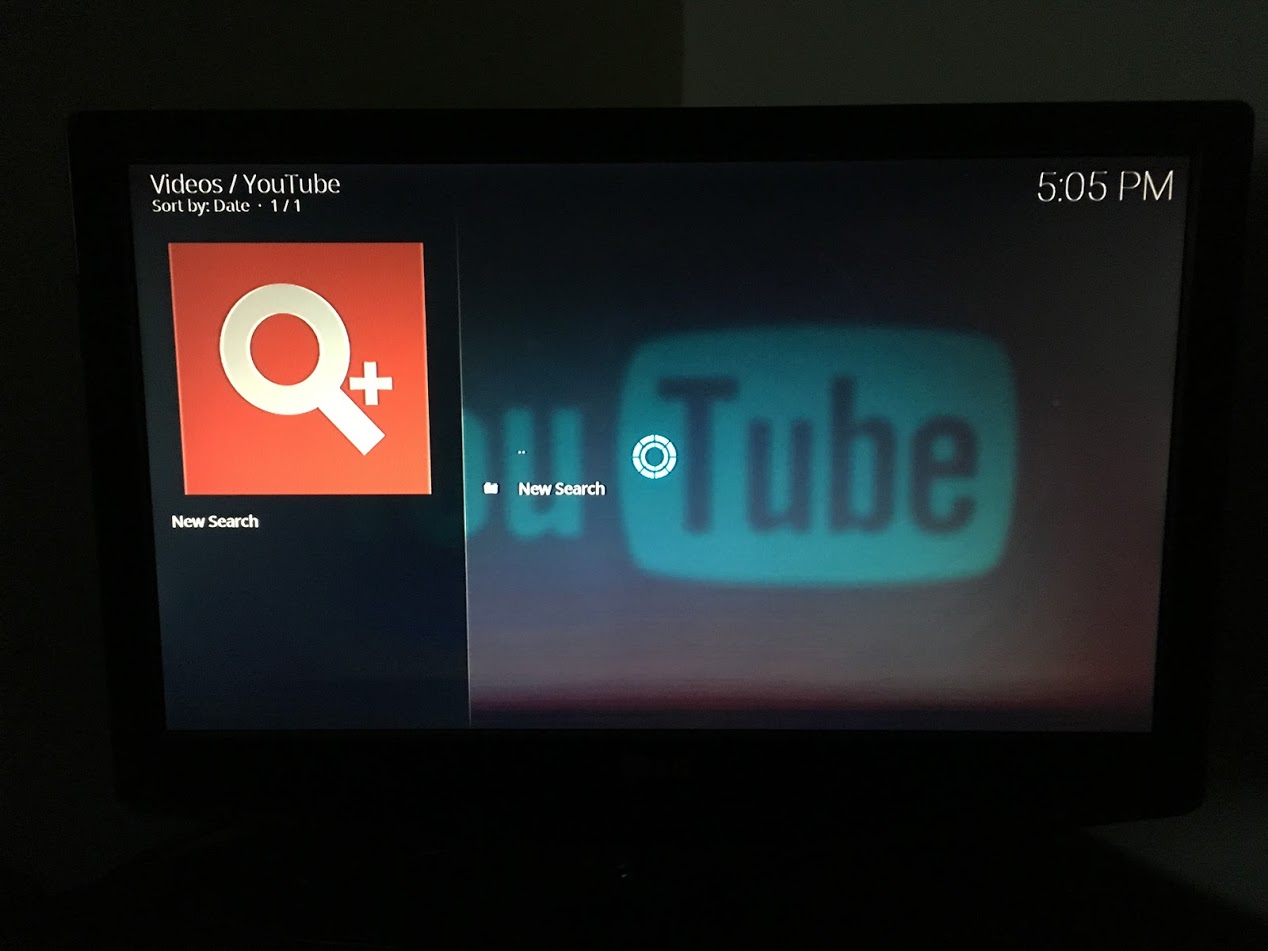 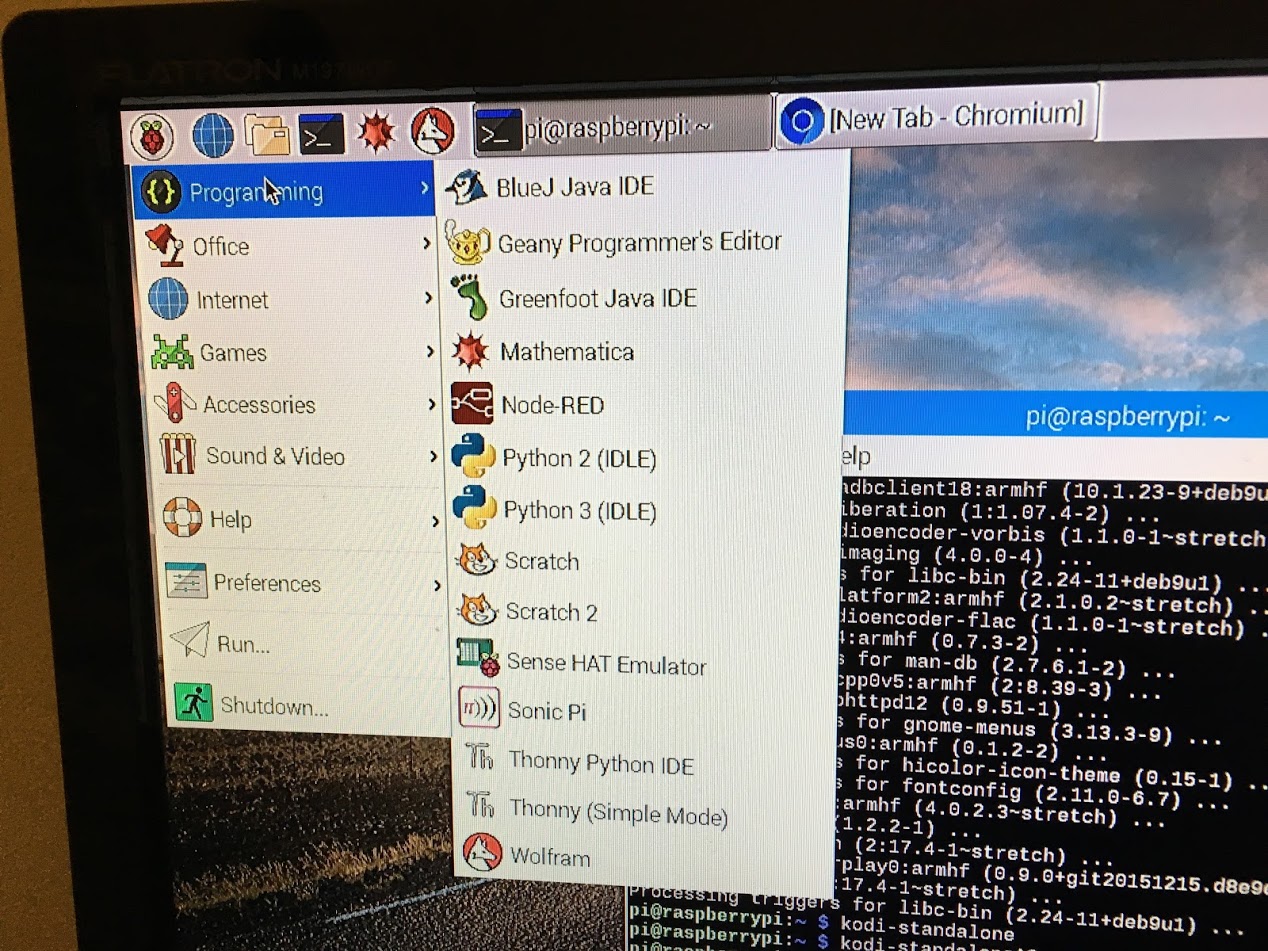 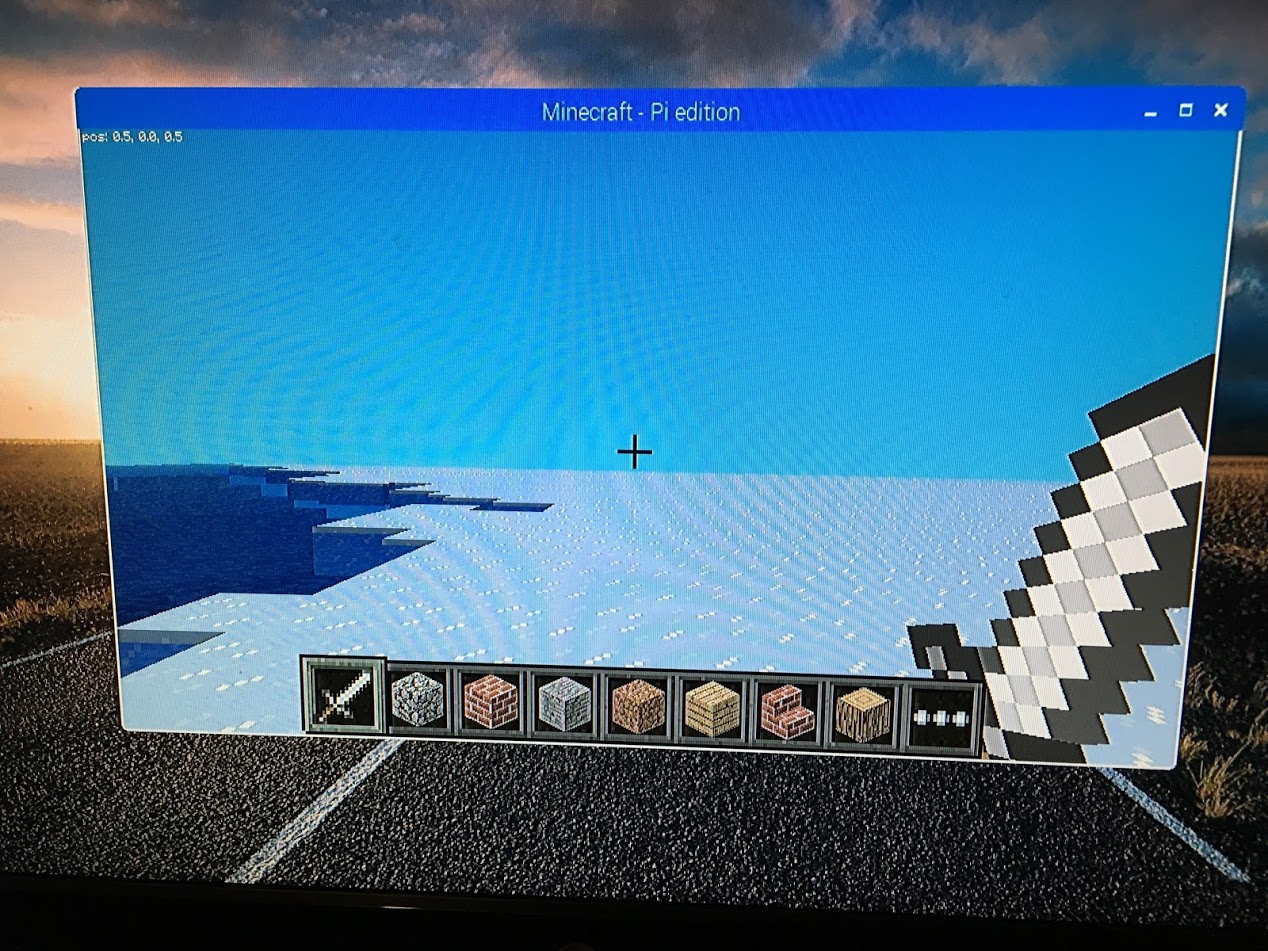 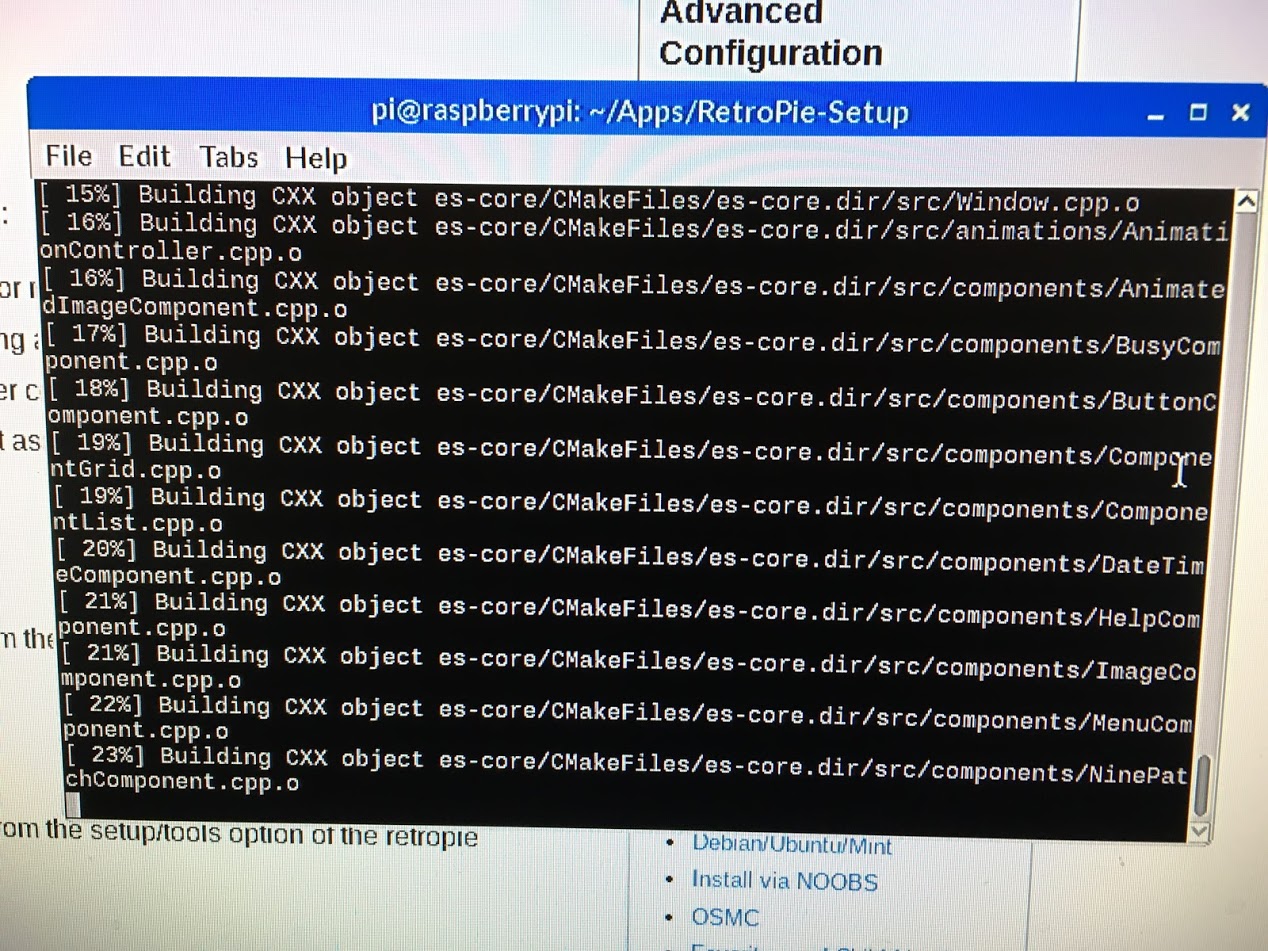 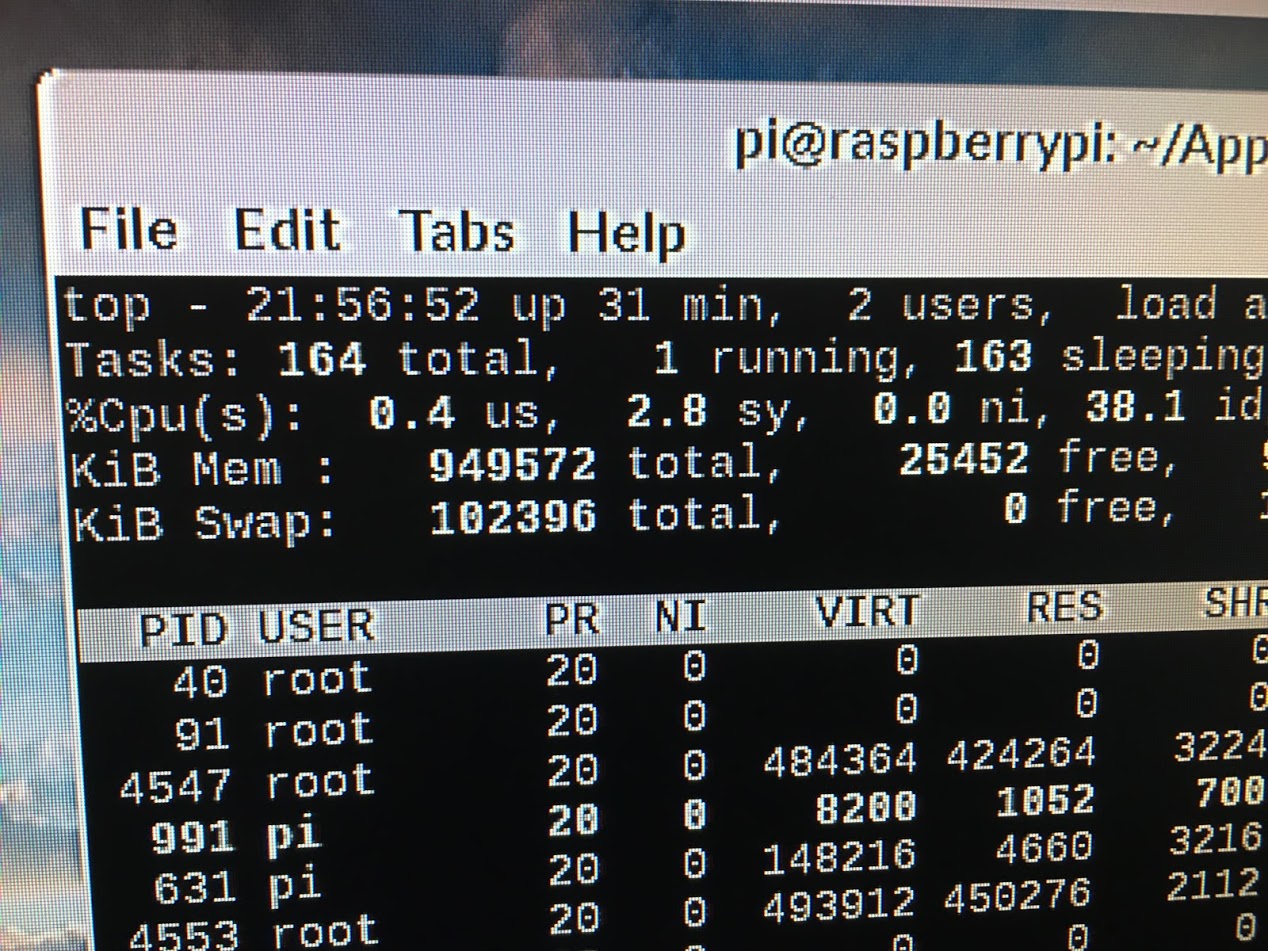 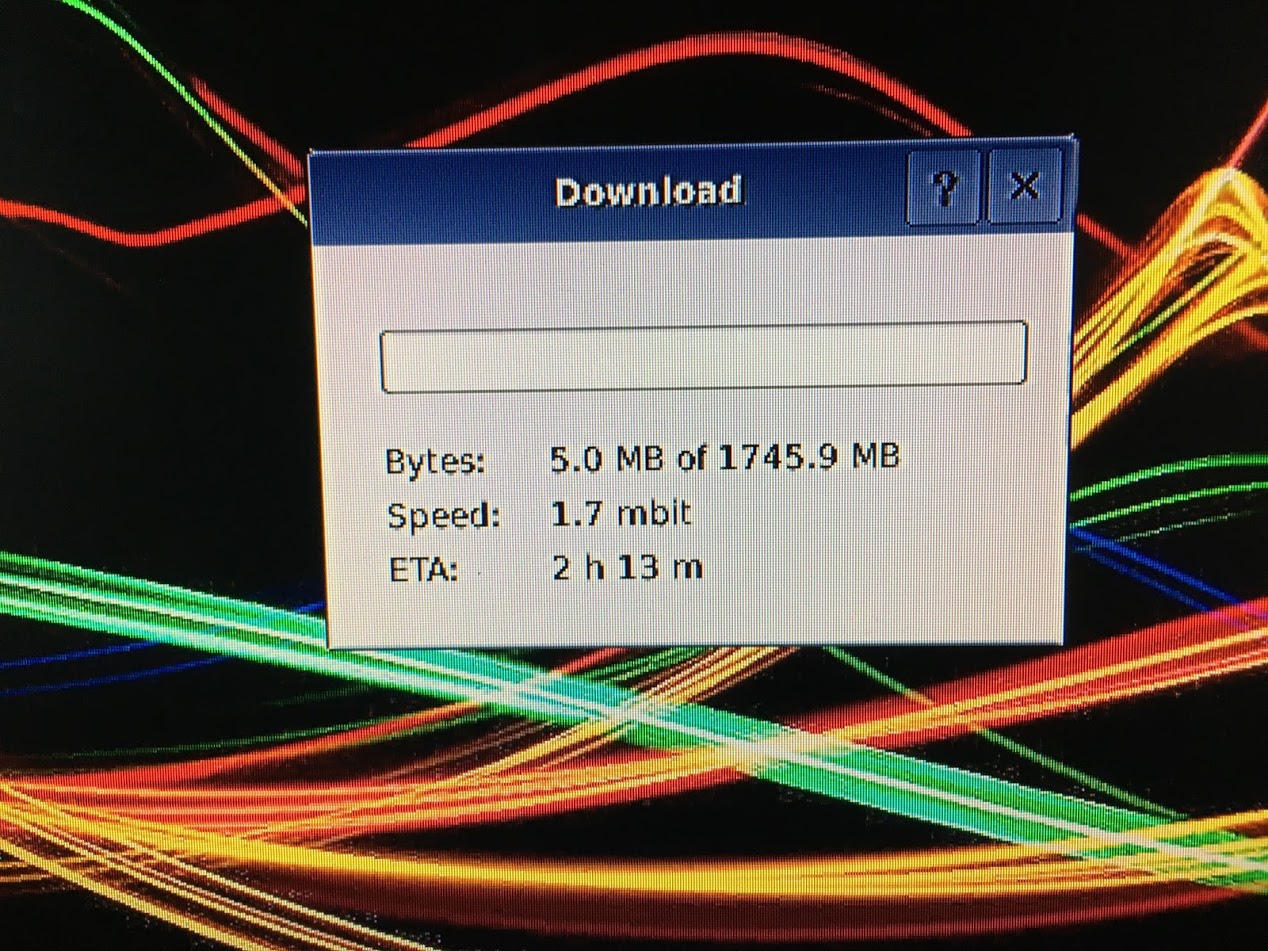 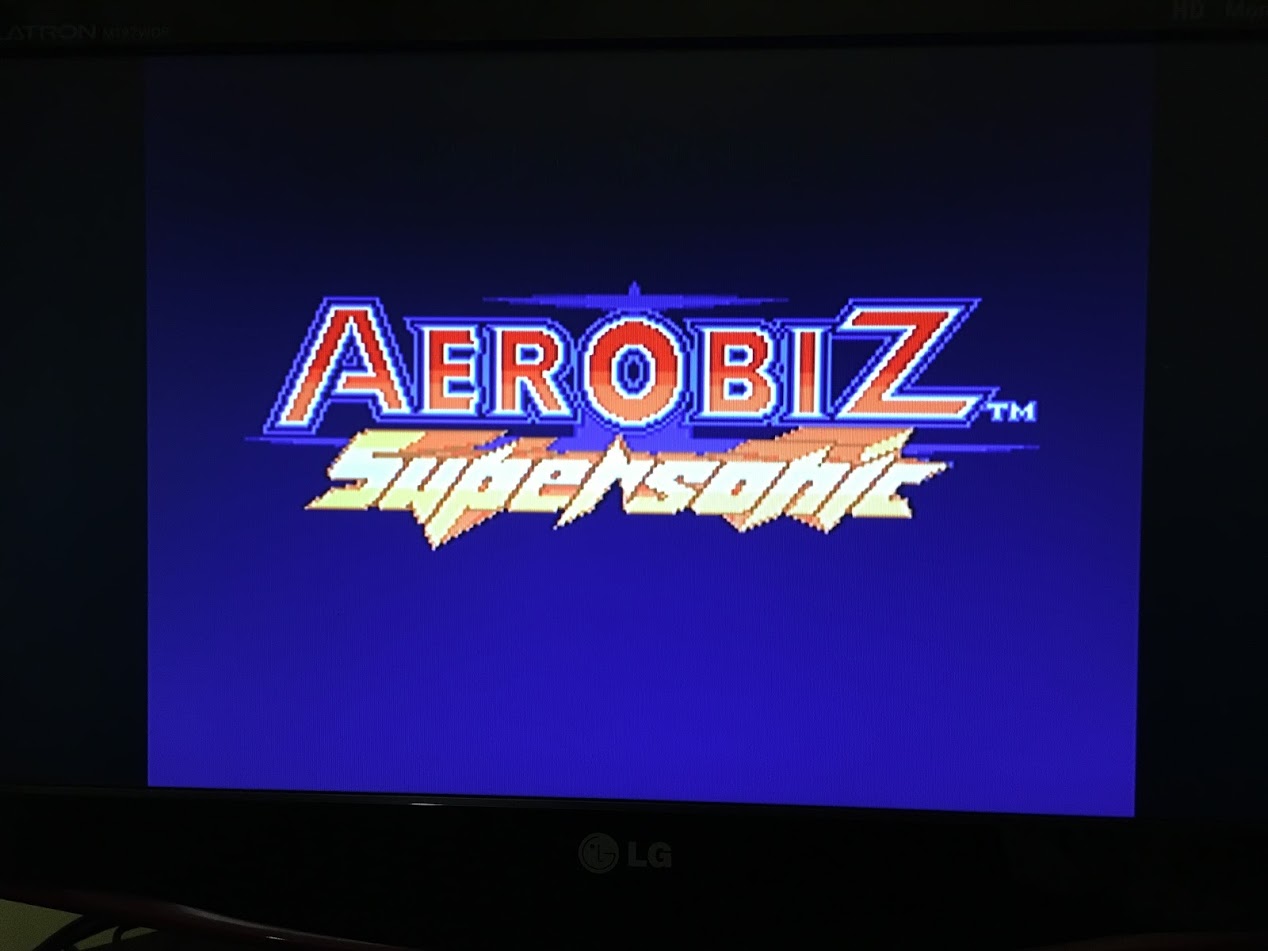