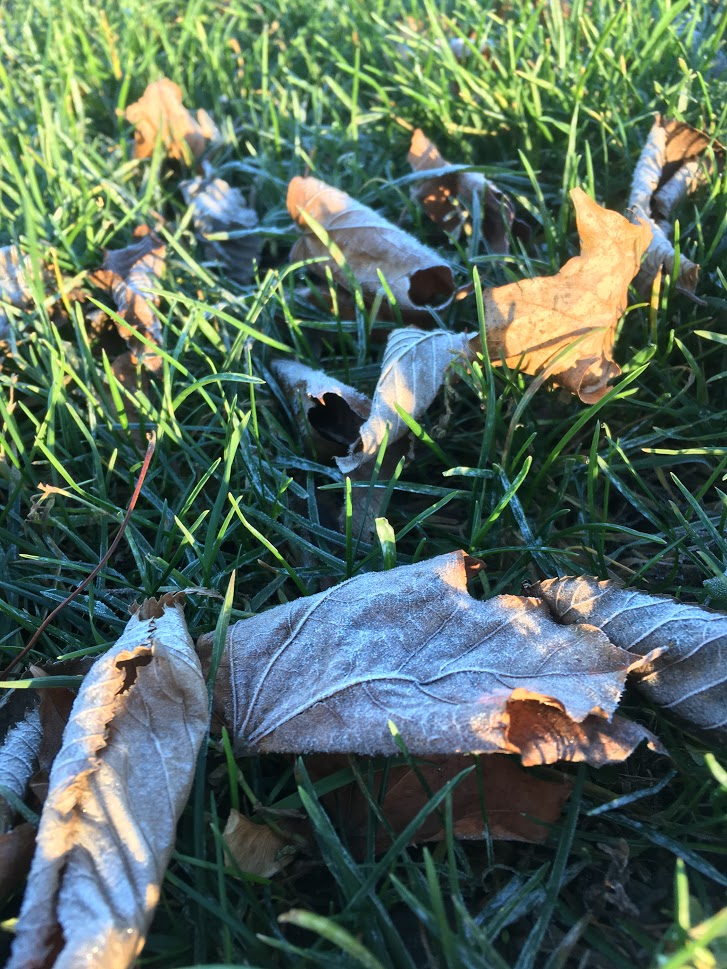 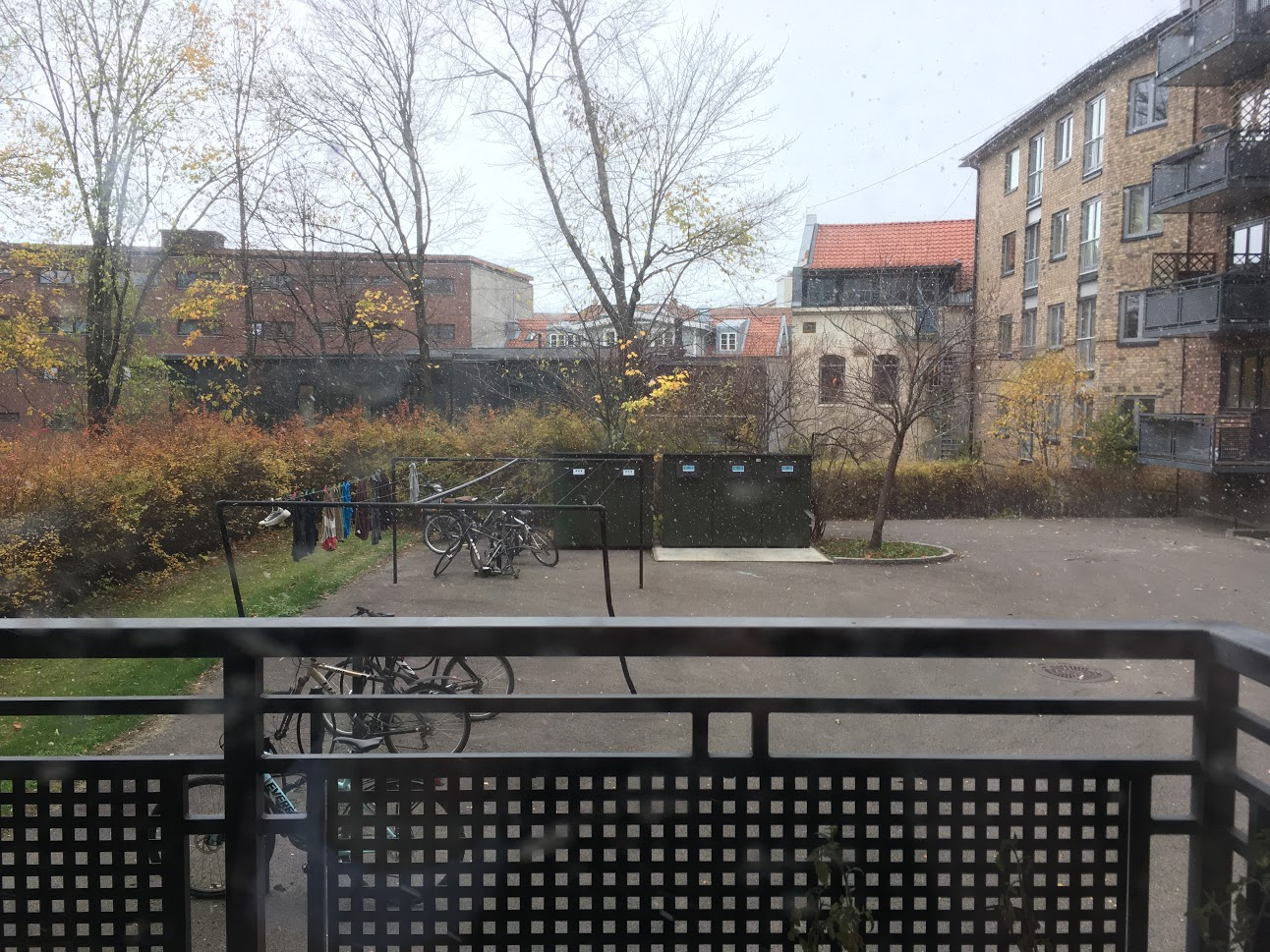 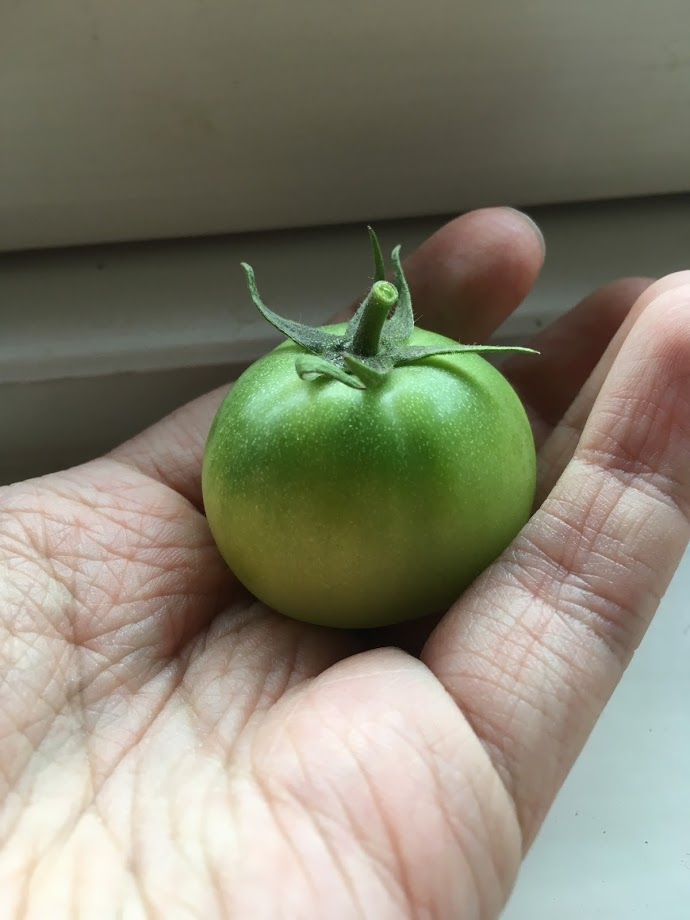 JavaZone, one of the biggest European Java conferences, is now over. I was able to take part in it using my conference allowance at Kahoot!. Although the ticket is fairly expensive (around 8 500 NOK for a late-bird ticket), in my opinion, it was a very good conference. 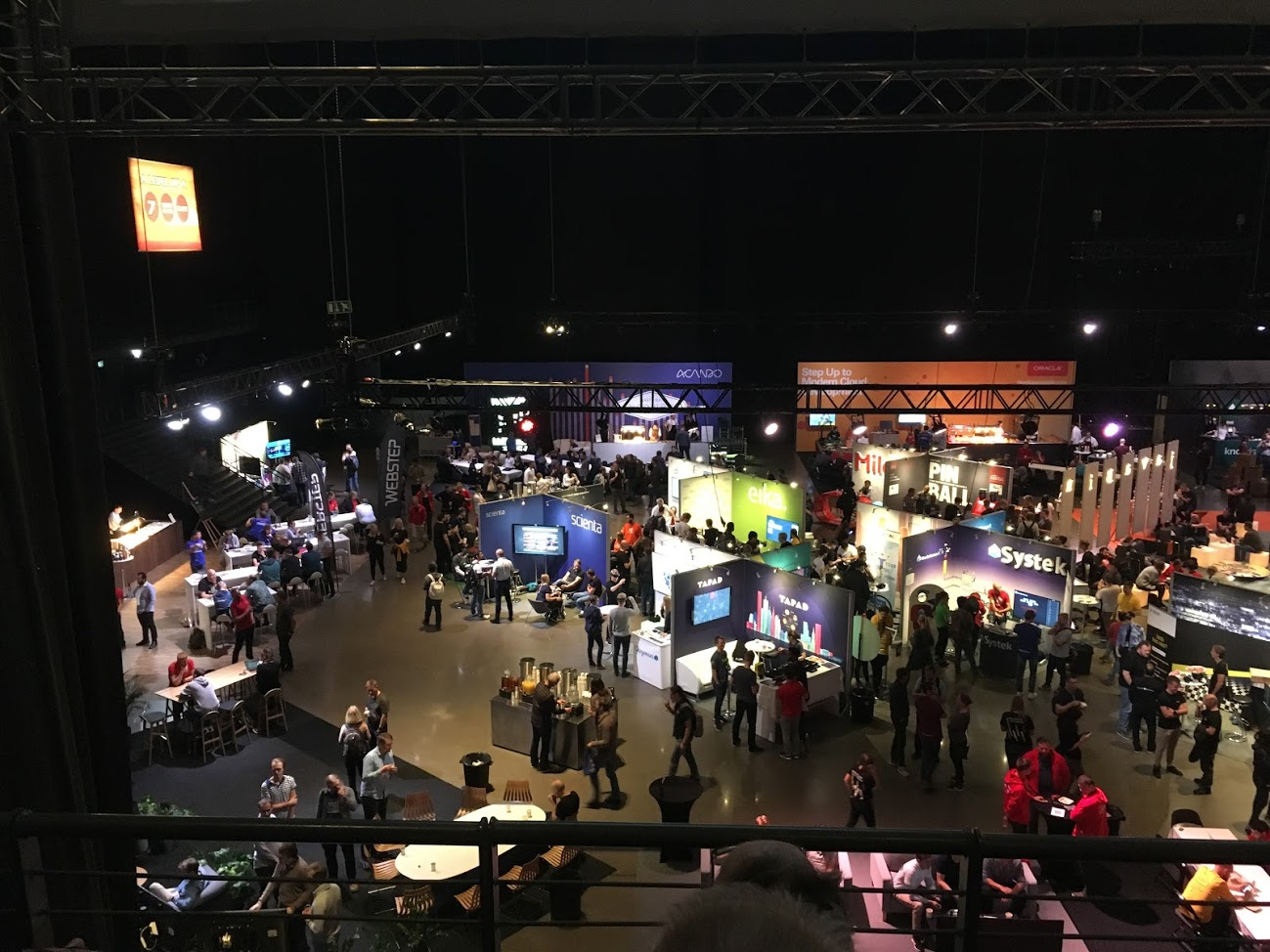 Let’s start with a couple of things that I really liked about this conference or which differed from my previous experiences:

The conference took place in Oslo Spektrum, a big venue right next to Oslo central railway station that hosts mostly concerts. Some of the seats on the balcony were converted into a zone where one could watch streams from all 7 rooms and listen to the sound on a headset. You could choose which talk to listen to by changing the channel on an IR device. That meant that it was possible to peek at other talks and if the one that you were listening to at the beginning felt not really suited for you, you could quickly change without causing any commotion in the rooms. It was a very popular zone, and, to be honest, I watched all the talks from there. It still differed a bit from watching the conference online – you still could catch the speaker to ask some questions after all. I’d love to see it at more conferences. 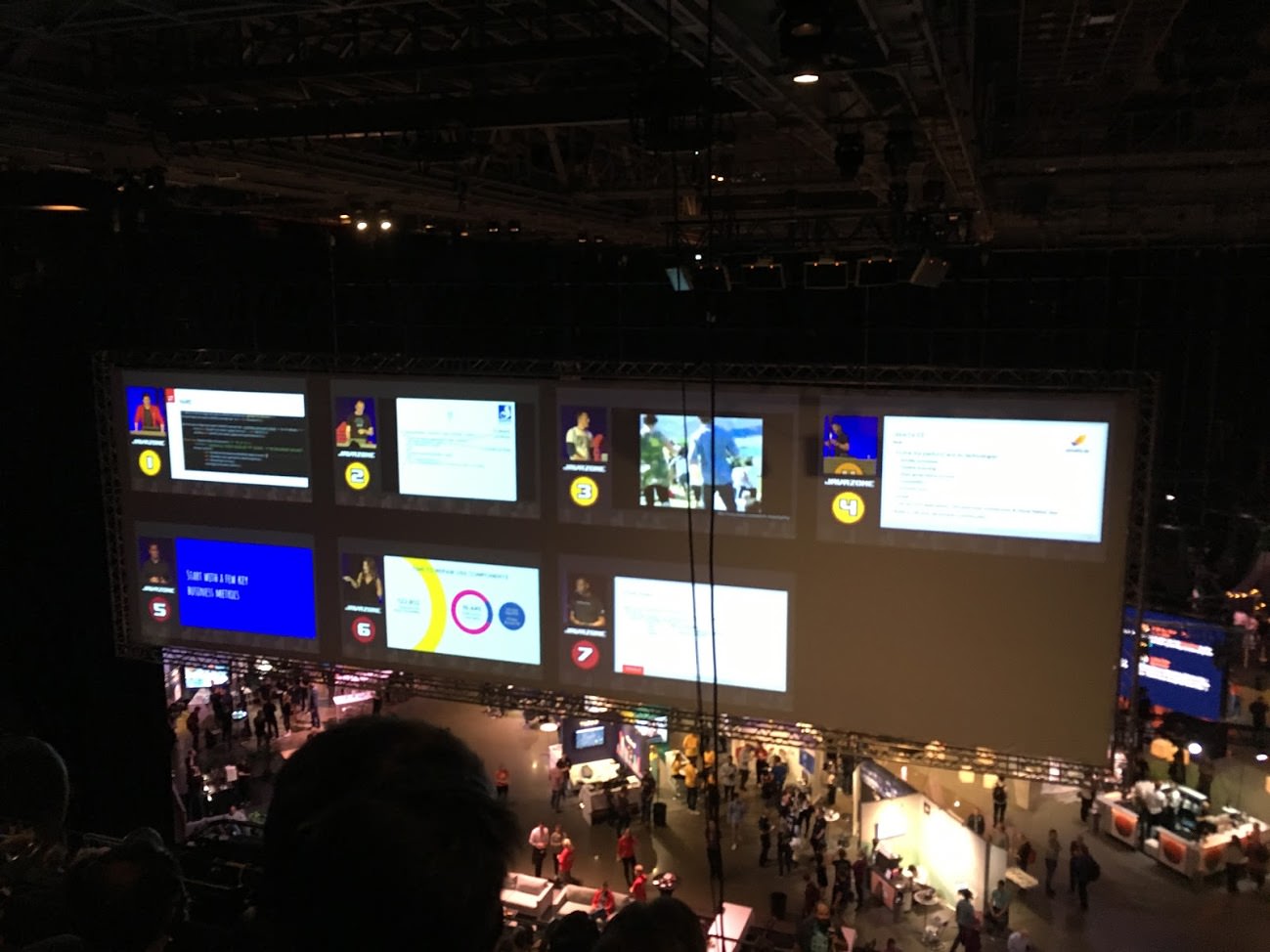 There were (I think) 7 restaurants from all over Oslo that set up makeshift kitchens in the main hall. Each of them was sponsored by one of the companies that had booths next to the restaurant and a huge banner behind. 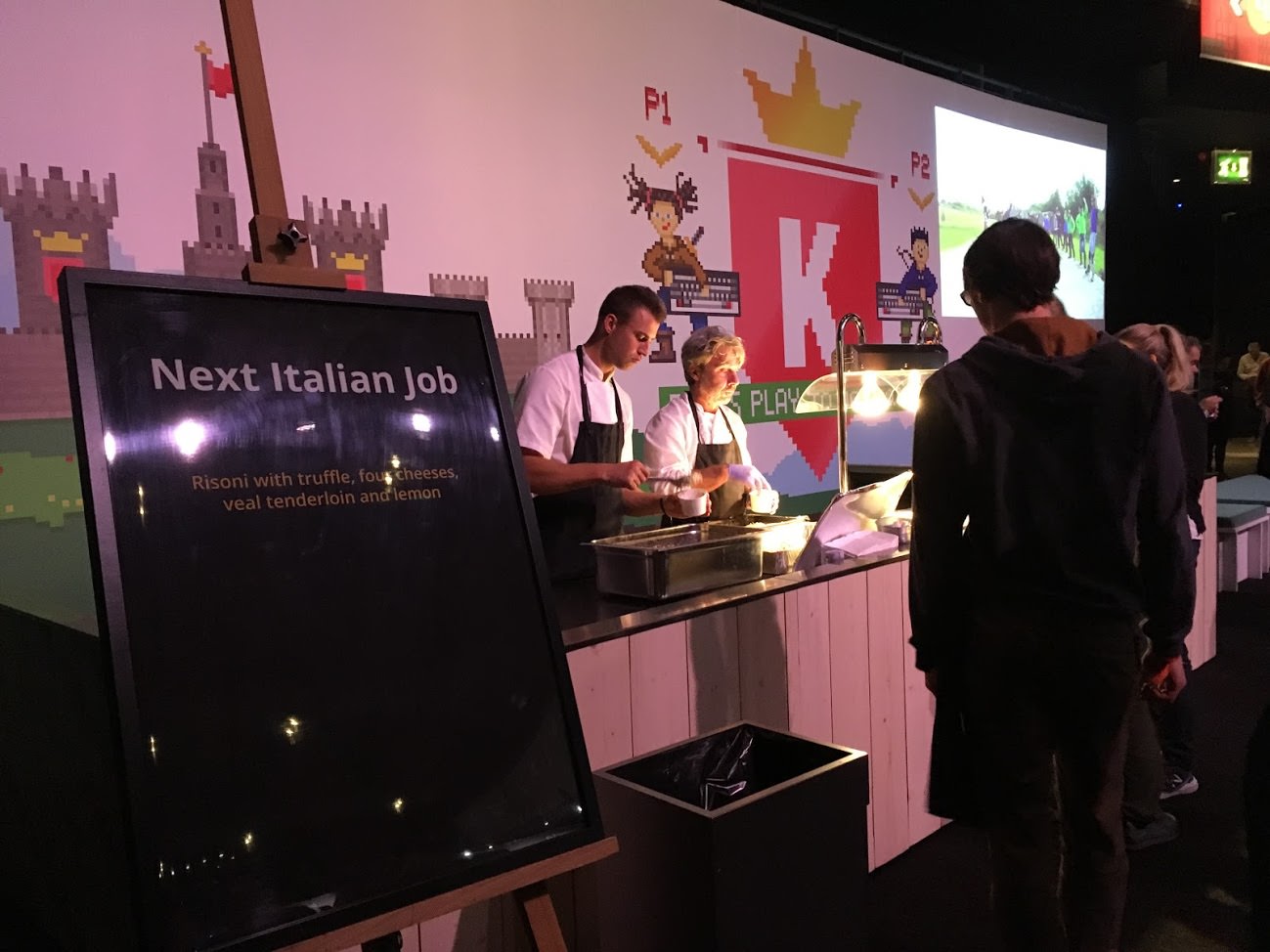 The food was amazing and included in the conference ticket.

To add to it, there were coffee stands all over the hall and on the hallways. You could also get some soft drinks, ice cream from two different providers (one with an optional bacon topping) and the Norwegian police booth was living up to the stereotype, serving donuts. 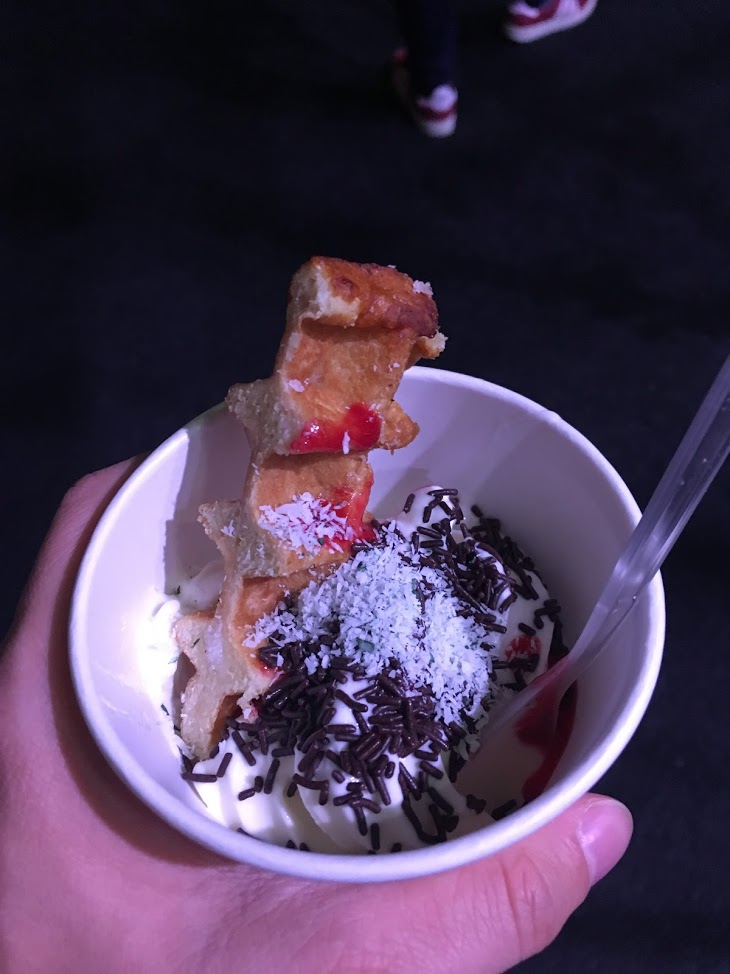 It felt like the JVM community that assembled at JavaZone, compared to Confitura that I visited a few months ago, was a bit more experienced and definitely more diverse. That’s not that surprising given that it’s in Norway. The speakers were also coming from all over the world, though of course, the most were from Western Europe. While there were talks in Norwegian, the majority of the talks were conducted in English.

A different approach of the companies

Of course, they were recruiting there as well. Compared to Confitura though, the stands were not filled with multiple jobs postings and the swag was less visible too. Instead, many companies organized something for the developers to play with. There was a toy railway, a pretty huge RC car track, pinball machine, several retro consoles, quite a lot of lotteries and one company was hosting kahoots, giving out money (1000 NOK for the winner on each break, 10 000 NOK for the final kahoot of the day). There was also a so-called IT-championship in table tennis. 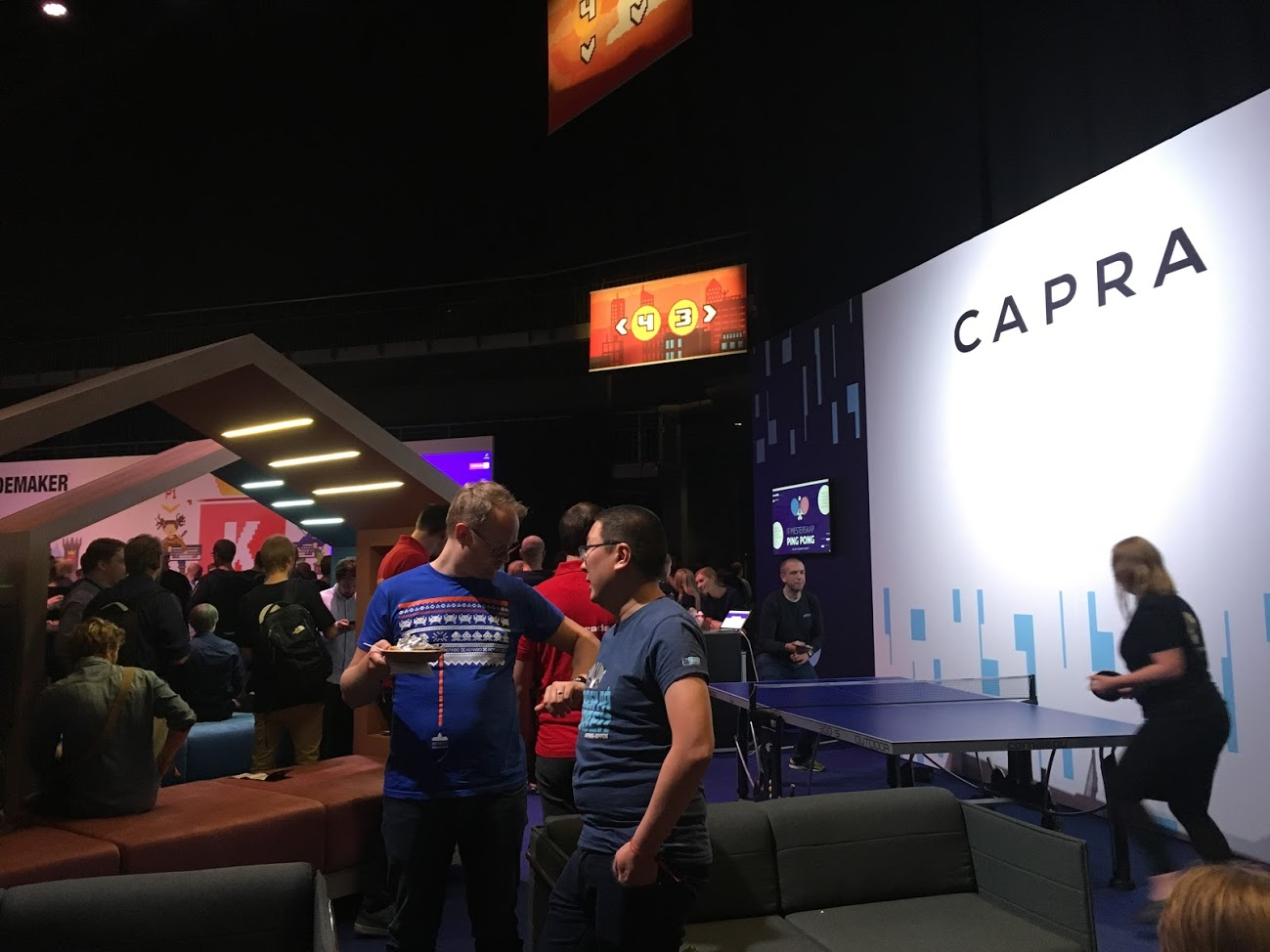 So was it worth it?

My notes from the talks

Below you can find my quite chaotic notes from the talks I watched. If you want to watch them, some of the videos have already appeared on JavaZone’s program site and more are bound to come. Because of the Overflow space, at some slots there could be up to 3 talks that I have been following simultaneously.

Good Service: Detect and avoid errors in the world of microservices – Martin Lehmann

Lost in transaction? Strategies to deal with (in-)consistency in distributed systems – Bernd Rücker

How to break into your application: A live hack – Simon Maple

Databases are Like Onions: Commit Logs in an Age of Microservices – Tim Berglund

Springing into Kotlin: How to Make the Magic even more Magical – Mark Heckler

Tracking the Swedish Election, or how to make your hobby project successful – Hampus Nilsson 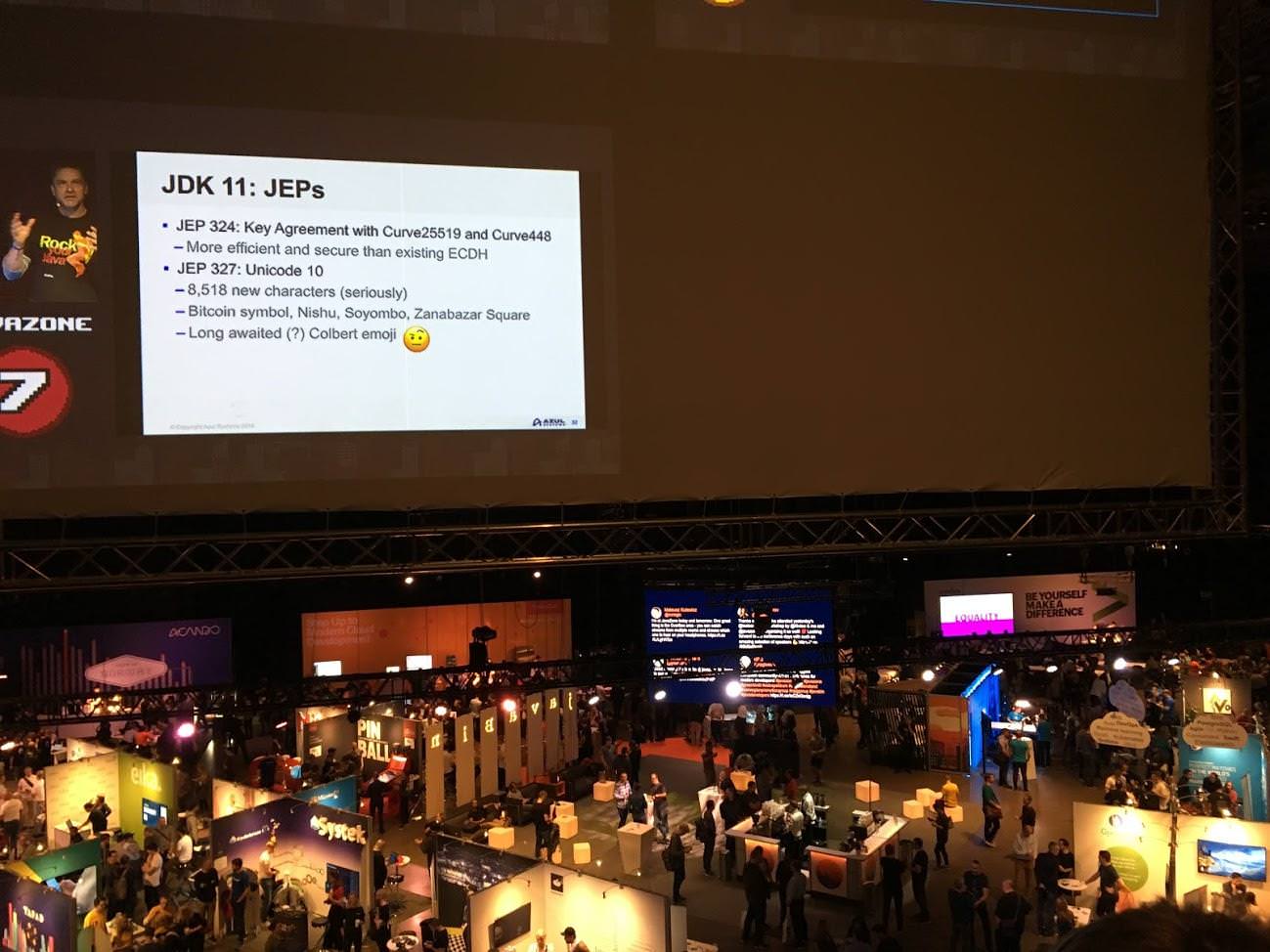